WASHINGTON, D.C. --Family Research Council (FRC) hosted today the launch of a new worldwide report on abortion authored by the Global Life Campaign. The Global Life Campaign's Abortion Worldwide Report is the first to systematically track reported abortions in 100 nations and territories, from 1920 through 2015. This report contains 4,915 country years of data, major findings, and country abortion graphs showing the impact of authorization, world maps, and a policy table for 196 nations.

Since abortion was first legalized in 1920 by the former Soviet Union, it is currently authorized, partly or fully, by 136 nations. The 60 nations still prohibiting abortion face relentless international pressure to permit abortion without restriction. There is now nearly a century of evidence documenting what happens when governments authorize abortion: it does not become rare, but increases exponentially.

FRC's Arina Grossu, the Director of the Center for Human Dignity, was one of the expert reviewers of this report. She commented:

"Family Research Council is grateful to be involved in the release of such a comprehensive and eye opening report. Data has shown that the legalization of abortion leads to an exponential increase in abortion. This unprecedented report confirms the reality and also shows exactly what the abortion death toll looks like, country by country, throughout the years. The sheer number of lives, one billion babies, killed through abortion worldwide is heartbreaking. We are better than this. Abortion is not the answer. As a human family, we need to focus on policies that protect human life and promote human dignity."

The principal authors are Wm. Robert Johnston, Ph.D., and Thomas W. Jacobson, M.A., who compiled the data and information in the report over the last 32 and 14 years respectively.

For all its hype, the Women's March on Washington was a massive left-wing temper tantrum. It was an embarrassing display of obscene immaturity. [WARNING: GRAPHIC IMAGES]

But here's something you may not know: One of the national co-chairs of the march, Linda Sarsour, is an advocate of Sharia law.

Sarsour once tweeted, "You'll know when you're living under Sharia law if suddenly all your loans and credit cards become interest free. Sounds nice, doesn't it?" She has also defended the Saudi regime, which does not allow women to drive.

Sarsour also has terrorist connections. The New York Times reported in 2012 that "Members of her family had been arrested on accusations of supporting Hamas." The Daily Caller reports that last month she posed for pictures with an ex-Hamas operative.

Irony does not begin to describe millions of women marching for so-called "women's rights" under the leadership of a woman who is a defender of fundamentalist Islam, which is oppressing women all over the world.

I first noticed something odd about the march when I saw interspersed among the foul, vulgar signs that some women (and even children) were holding, other signs that read, "Free Birth Control, Free Palestine" or some variant.

We have reported for years on the bizarre alliance between the radical left and radical Islam. It is the continuation of what we have seen on university campuses, where young socialists make common cause with Palestinian student groups to fight and harass conservative students and those who support the U.S./Israeli alliance.

This is a dangerous and formidable alliance, and something that open border politicians in Congress should ponder when they consider what our immigration policies should be.


Posted by Madison County Republican Women at 12:08 AM


WASHINGTON, D.C. - Today the U.S. House of Representatives passed the "No Taxpayer Funding for Abortion and Abortion Insurance Full Disclosure Act," (H.R. 7) sponsored by U.S. Rep. Chris Smith (R-N.J.). This bill would permanently prohibit taxpayer dollars from being used to pay for abortions in Obamacare health plans starting the next plan year. This bill also protects Americans of conscience by requiring the full disclosure of abortion coverage in Obamacare plans so people can make informed decisions about their healthcare plans right now.

"The 115th Congress has started on strong footing by passing this vital legislation ensuring that no American taxpayer dollars are used to pay for elective abortions. Following an election in which voters chose a pro-life president and a pro-life Congress, our nation is moving toward a new era where all human beings, born and unborn, are protected under the law. Abortion is not healthcare, and should not be funded since we know government funding of abortion increases it. Passage of this bill is a victory not just for taxpayers but women, and their unborn children.

"Today's vote reflects the reality that Americans are becoming more pro-life as science has increased our understanding of the humanity of unborn children. This bill restores the status quo against government funding or subsidizing abortion, a position supported by 61% of Americans.

"For over 40 years, the Hyde Amendment and other pro-life provisions have been renewed annually to prevent federal funds from being used to pay for abortions or healthcare plans which include abortion coverage. For over 40 years, Republicans and Democrats have come together to ensure that despite our differences, we should at least be able to agree that the government should not subsidize abortion. Obamacare violates this longstanding consensus.

"The Senate must take up this bill to ensure that government no longer spends people's hard earned money on insurance with elective abortion. We must pray and work to end abortion in America until every child is welcomed into the world and protected under our laws. Ending taxpayer funding of abortion is a good first step on this journey," concluded Perkins.


Posted by Madison County Republican Women at 12:05 AM 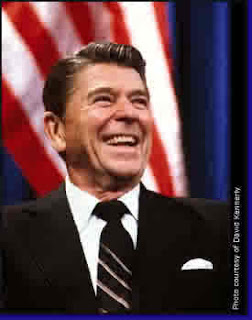 We will also conduct a Governor. Lt. Governor & Attorney General straw poll.
Payment must be received by February 20, 2017 - Business Attire

Please email any items for discussion/inclusion in the Agenda by Monday, January 30.  More than likely, we will have much old/new business to address, and we may have campaign representatives for many of the 2017 official candidates.

I plan to email a copy of the Agenda no later than Wednesday, February 1, and look forward to seeing each of you a day later.

Please enjoy the events of this historical weekend; we have much for which to be grateful.

It also prevents political subdivisions from forcing private entities, including contractors, to open their showers, locker rooms and bathrooms to people of the opposite sex. It leaves private entities free to determine their own policies regarding the use of shared bathrooms and showers.

"Family Research Council is pleased to support the Women's Privacy Act because it protects students in public schools from having their privacy threatened in bathrooms and showers, while allowing reasonable accommodations for students who may choose not to use multi-use facilities. This commonsense bill is also needed because it stops government from forcing private entities, including contractors, to open their showers, locker rooms, and bathrooms to people of the opposite sex, instead allowing them to choose their own policies.

"The Women's Privacy Act is needed because the government, at the federal, state and local level, has taken unprecedented steps redefining 'sex' to include 'gender identity,' threatening the privacy and safety of people—especially women and girls--in showers and bathrooms. Some public school districts, including two in Texas, at the encouragement of the Obama administration, are ignoring privacy and safety concerns and attempting to adopt policies that force boys and girls to shower together, stay together on school trips, and use the same locker rooms and bathrooms.

"What we were taught in kindergarten, boys use the boys room and girls use the girls room, has been made old school by liberal bureaucrats. This is commonsense legislation, which should never have been needed," concluded Perkins.

This evening at 5:05 PM ET, Texas Lt. Gov. Dan Patrick will appear on Washington Watch with Tony Perkins to discuss the legislation. Listen online at www.tonyperkins.com.

WASHINGTON, D.C. -- On Monday, black pastors from Alabama and several others states will speak at a news conference on Capitol Hill in a show of support for President-Elect Donald Trump's pick for Attorney General, Senator Jeff Sessions (R-Ala.). The news conference is a coalition effort between the Frederick Douglas Foundation and Family Research Council's Watchmen on the Wall, organizations that are urging the U.S. Senate to confirm Sen. Sessions as the next United States Attorney General.

WHAT: News conference in support of Senator Jeff Sessions

To RSVP for this event, please email media@frc.org