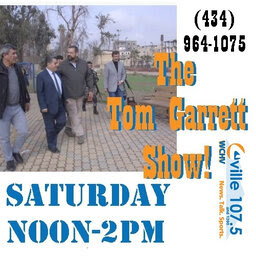 "I have fought for conservative principles since the very beginning of the Reagan revolution and I see in Tina, the principle, conviction and courage that our Commonwealth desperately needs." 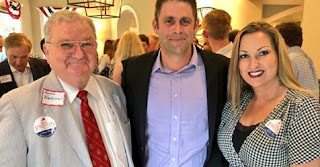 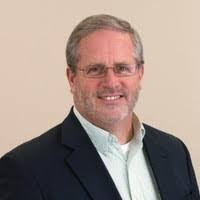 The evening's menu: Fried Chicken Dinner with all the trimming and desserts by MCRW members. Dinner: $8.

Posted by Madison County Republican Women at 9:54 AM

WASHINGTON – Research conducted by the Immigration Reform Law Institute (IRLI) indicates that the United States has effectively ceded its sovereignty to the United Nations High Commission for Refugees (UNHCR) and other international organizations to operate our refugee program and select refugees from an exclusive pool of applicants. Moreover, the UNHCR is now demanding that the United States open its southern border to asylum-seekers who are fleeing persecution and violence.

Assisting Caravans and Advocating Against Borders

The UNHCR is providing support and assistance to the large-scale migrant caravans from Central America. Under the guise of providing humanitarian aid, the UNHCR has dispatched more than 45 staff members to Mexico to ensure that the United States accepts the throngs of asylum-seekers making their way to our southern border.

The UNHCR has stated that refugees and asylum-seekers from Honduras, Guatemala, and El Salvador have been forced into displacement by a confluence of factors that have led to an escalating situation of chronic violence and insecurity. These factors range from the influence of organized crime such as drug cartels and urban gangs to the limited national capacity—compounded by corruption, poverty, and exclusion—of UN member states to provide protection. However, these factors are not recognized by U.S. law as criteria for asylum.

UNHCR spokesperson Charlie Yaxley was quoted as saying that while the arrival of thousands of Honduran migrants in the caravan to the U.S. border will be overwhelming, closing the border is not the solution. "We wish to reiterate and underline," Yaxley said, "that any individuals within that group that are fleeing persecution and violence, they need to be given access to the territory and they need to be allowed to exercise their fundamental rights to seek asylum and have access to refugee status determination procedures."

UN Secretary-General António Guterres said when he was Commissioner of UNHCR that one of his objectives was to expand the definition of refugees to include as many categories of migrants as possible to include not only those who have been persecuted but also those who are affected by the indiscriminate effects of armed conflict, generalized violence, or other man-made disasters. He expressed a desire to include those fleeing from crime within the definition of a refugee. A new category of refugees he wishes to establish is for those displaced under the Nansen Initiative, which seeks to adopt a protection agenda for cross border displaced persons in the context of climate change, floods, earthquakes, and other natural disasters.

The United States has not broadened the statutory definition of a refugee. In asylum and refugee case law in the U.S., it is well established that victims of crime, civil war, and civil strife do not qualify as refugees.

With a record 21.3 million refugees worldwide in 2015 and still growing, the UNHCR began work on its non-binding global migration pact after more than 1 million people arrived in Europe in 2015, many fleeing the civil war in Syria and poverty in Africa. However, the Trump administration said the global approach to the issue was not compatible with U.S. sovereignty.

Nikki Haley, former U.S. ambassador to the UN, clearly expressed U.S. opposition to the UNHCR when she stated, "No country has done more than the United States and our generosity will continue. But our decisions on immigration policies must always be made by Americans and Americans alone. We will decide how best to control our borders and who will be allowed to enter our country."

The United States is the largest financial contributor to the UN out of 193 member states in its fold, providing 22 percent of the UN regular budget and 28.43 percent of UN peacekeeping budgets. In FY2017, it contributed more than $8.5 billion to UN entities. Of which, about $5.6 billion was provided to the UNHCR for humanitarian-related activities.

"Think about this, the United States is paying the UNHCR to screen and refer migrants for resettlement in the United States, who don't meet the U.S. legal definition of a refugee, and then try to mandate how many migrants we should allow into our country," said Dale L. Wilcox, executive director and general counsel of IRLI. "There are no legal requirements nor any advantages to allow the UNHCR to continue to make refugee status determinations or play any role in processing and screening applicants desiring to resettle in the United States. Their active participation in our refugee program is a threat to our sovereignty, an obfuscation in our screening process, and a serious detriment to our refugee program."